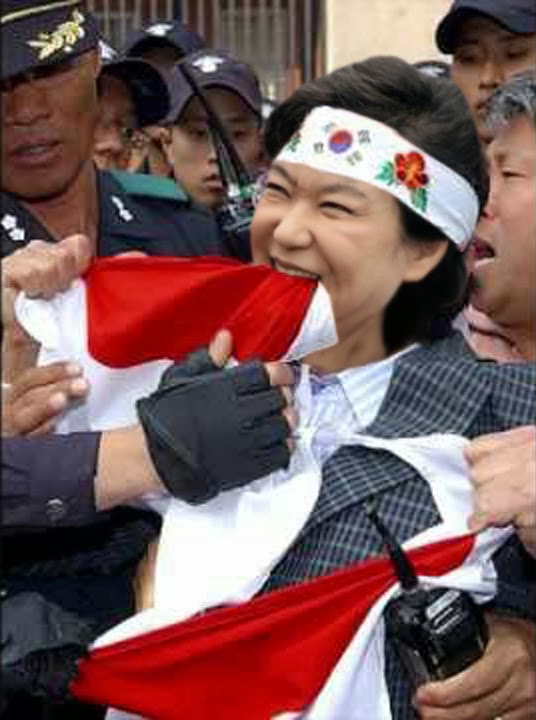 ◆ voice of anger gushes in the U.S. [ scoop ] Korea to the forefront " bifurcated diplomacy"
Advice of Secretary of State Kelly also be ignored ...

The United States , is reaching the limits of patience . In order to expand reach an extreme cunning applied to the two alternatives the United States and China to " bifurcated diplomacy" , South Korea , led by Park Geun ( Park Ohakune ) President , has continued " anti-Japanese propaganda ( conspiracy propaganda )" on as an excuse to avoid criticism 's . Than the White House , this anger is that strong in the Department of Defense responsible for the security of East Asia . Kaga Takahide Mr. journalist has hit the relationship officials in Japan and the United States .

" Korea is ! " Are you trying to break everything , Kakase a shame to the United States is . Ally voice of anger has erupted , yet draw the interest from United States and China openly among the military leaders and " the U.S. government has developed a bifurcated diplomacy . dotty " Pentagon officials old friend was spit this . I want to said, " ! Too late notice " as Japanese . It is the United States to be deceived by South Korea , has set up a monument and statue of comfort women throughout the country , but military leaders and government leaders were aware of the abnormality of Korea finally began to increase.

The 13th last week , there was this event in Seoul . After meeting with President Park , Yoon炳世and ( Yoon Byonse ) Foreign Minister , U.S. Secretary of State Kelly of visiting Korea in , started a joint press conference with Foreign Minister Yoon . Able to move forward . Korea-Japan ( in order to prevent the provocation of North Korea ) , " We need close cooperation of Japan and the United States and South Korea three countries is not caught in the past , in the national interest of the United States with a serious gaze Kerry is referred to as " come true , and urged the improvement of Japan-Korea relations .

On the other hand , " trust ought to face . Impaired history of leaders of Japan ( of historical issues ) revisionist behavior if this continues ," said Japan continued to criticism usual , Yoon said of Kerry I was completely ignored the advice . Kelly said that in public , was a fool to Yoon per Ira , the expression had become steeper in a moment .

It's information below , got the United States government , Department of Defense from multiple parties . Read on Tokuto . The exact statement of " Kerry 's " put history behind them . " Some media translated the " white overcome the " history problem , but intense advised that " Nagase to . Water Forget the " past . True meaning it then it is ignored and the , face of the United States and Kerry became a complete ruin " meeting of Mr. Park and " Kelly said , was scheduled for 45 minutes initially , did as much as 40 minutes per hour of about 2 -fold . Mr. Park North Korea problem Sotchinoke , had to put the power to Prime Minister Shinzo Abe and criticism comfort women issue . it and " not known at all to say that the United States , which leads to such anger . Asked the unreasonable demand by threatening the United States to be " 'll take " China implicitly , have a Japanese duster in collusion with China on the other hand . China aim is this , " South Korea Ya expansion of maritime rights and interests , such as the Senkaku Islands robbery , is used to crack the expansion of the US-Japan alliance , is to destabilize East Asia . Korea is the very cancer of East Asia . If so continue to this bifurcated diplomacy , is a day that United States and China is referred to as a " traitor " and Korea I always come "

U.S. expire also it's natural . By the way, if I added that in the comfort women issue , starting with the wrong part of the media from the article (? Was forged ), this problem , the Korean Peninsula from woman of about 20 million people as sex slaves " Imperial Japanese Army in Korea there is no objective evidence indicating the abduction claim , and that " was forcibly taken away .