The menopause and South Korea President Park Geun decision in 2013 Crazy Woman of the Year ?

The menopause and South Korea President Park Geun decision in 2013 Crazy Woman of the Year ? 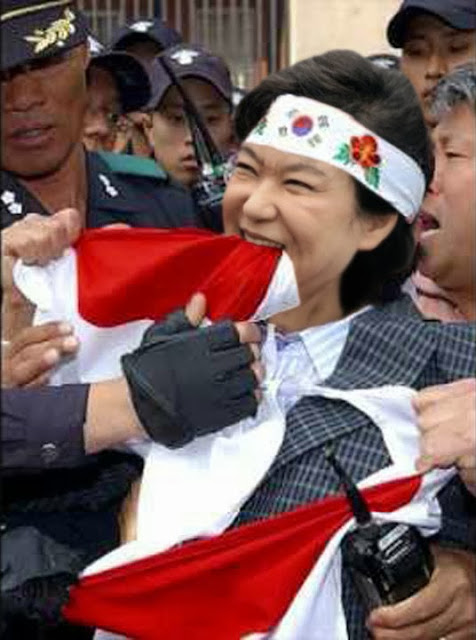 About 2013 , not the year you do not shortage to the topic of anti-Japanese Korea . To Murotani Katsumi , a former Seoul correspondent newsletter that " evil Korean theory" has become a best seller , I was asked to sum ​​up the anti-Japanese of the past year . Features of this year 's led the anti-Japanese president himself than anything .

The memorial service of 3.11 Great East Japan Earthquake of March this year , the diplomatic corps in the country was attended or more than 140 , but China and South Korea were absent .

There was a reason to " handling of Taiwan in the ceremony is unfair ," said the Chinese ,
The only excuse like " was a clerical mistake " , and like " had overlooked the fax of contact " at a later Korea .

It's failure to pay compliments of serious diplomatic , but without any coverage embassy staff or ambassador that were punished . It will should be one of Tsunisu " Remember 3.11 " .

Visit to the United States , visited China , G20 attendance , each time you visit a foreign visit to Europe , and partner of the summit , Park Geun President , has blown the " bad countries and Japan" to influential local media .
Japanese is referred to as a " tell-tale diplomacy" , but the new words "remote diplomacy ," as had come out to South Korea paper " JoongAng Daily " .

Korean evil , no it was let to Hegel U.S. Defense Secretary in September , I visited Korea 's masterpiece " anti-Japanese one-man show ."
Hegel Secretary seemed to feel normal is indeed , the line of sight of the Washington View Korea to do the same unusual cold .

Terrible is not the only president . Inchin Yoshi Maritime Affairs and Fisheries phase are women ministers in the seat of the press conference of September ,
In connection with the contaminated water flowing out of the Fukushima nuclear power plant , and cursed as " us brat immoral " Abe Cabinet .