Are not reported in the control by Dentsu, Kasumigaseki in Japan! South Korea, Park regime large-scale anti-government demonstrations

Basic coverage of accidents and guerrilla heavy rain of intense heat, water, flood of crappy variety show by garbage entertainer, Korea itself now habit of coverage immediately anti-Japanese in China and South Korea and "after Chushin coverage" in the anniversary of the end of World War II in the Bon holidays on in Japan you are acting in our own Korean people stood up himself, such as unemployment has fallen while "social unrest".
It is not reported large-scale anti-government demonstrations there is no established between the neighboring countries but also citizens reported massacre by Egypt civil war every day. But under the just cause media that monitor the government, "anti-Japanese", "China and South Korea Yasukuni rebound" "comfort women" in Japan = Dentsu media toll actively.

Be monitoring the Dentsu, Japan more media, the Japanese people should be suspected.


What what is false in the truth? It begins to think in my head not to dance "Information catch" media that hardening foot in Japan and South Korea that Dentsu first to "regulatory agencies".

August 15, in Seoul City Center celebrated the (holiday of Korea to celebrate its independence from Japan) light Liberation Day, demonstration denouncing the government move to unification and presidential election intervention of the National Intelligence Service lines simultaneously multiple basis Broken. After the inauguration, Park Geun government put down a demonstration by introducing a water cannon for the first time in Seoul. Several hundred people and entrained, collision occurred. South Korea more than one media reported.

Than 10 day and night, intelligence agencies of the South Korean government, the National Intelligence Service were to intervene in the presidential election last year, protest rally of tens of thousands to seek and truth investigation of the incident to the government was held in Seoul prior to this.

In light of temple in the morning on the 15th, "White dismantle the National Intelligence Service", university students from Korean university students union belongs shouting "Park administration take responsibility" or, began to sit on the road to conduct a surprise attack demo from that, 120 people remainder was taken.

The (3,500 police announced) over 5,000 such opposition and officials civic organizations, including the Confederation of 15 afternoon, was held at the Seoul Station Plaza in the "peaceful reunification 8.15 tournament" participated, "North-South I was requested following the agreement of the meeting, authorities and so on, "white resume reunion of separated families, the Mt.

Demonstration march to Seoul Plaza, 1500 of whom are, conflict with the police in the process. It embarked on the dissolution of the demo shoot water cannons, police, hauled on suspicion of violation of the Road Traffic Law and gathering method 170 people too much.

In the police station of 12 Seoul city, the police that they are investigating the circumstances of such accurate demonstration. (Editor: Li Nobue Koji Yamaguchi) 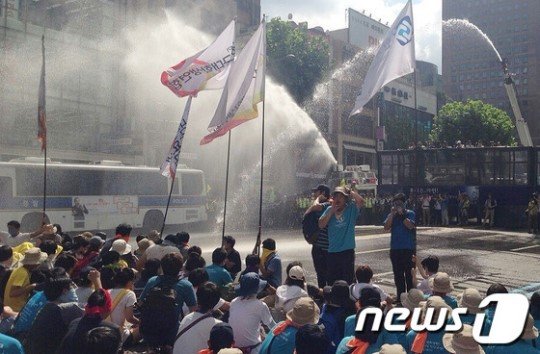 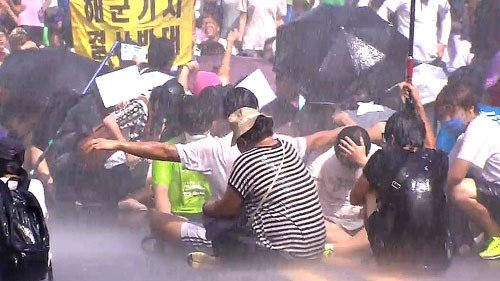 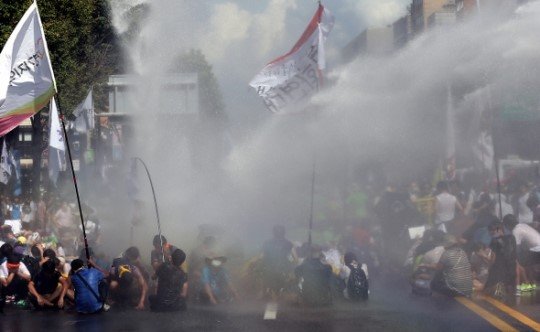 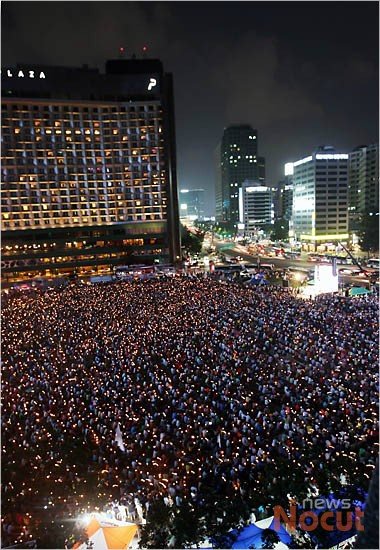 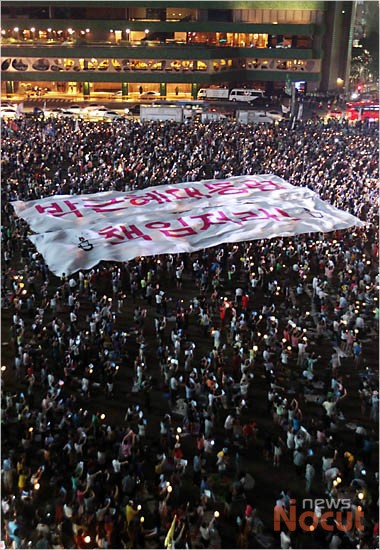